Today is a national holiday in Italy – Ferragosto, when just about everything shuts down in the middle of August.

A fitting time to take a short break from writing about Rome, and to commemorate a special birthday being celebrated in
the District and across the US today: what would have been Julia Child’s 100th birthday.

To mark the occasion, the Smithsonian’s Museum of American History is re-opening one of its most popular exhibits – Julia’s iconic kitchen from her home in Cambridge, Massachusetts, which she donated to the museum in 2001.

There will be a special surprise celebration in the museum’s Flag Hall at 1 PM, promising lots of butter (it’s partially sponsored by Land O’Lakes).

The kitchen will be open temporarily until September 3 (it’s been shuttered since January for the preparation of a new gallery), and then it will officially re-open on November 20 as the entry to a new exhibit, “FOOD: Transforming the American Table 1950-2000.”

If you can’t make it down to the Smithsonian for the celebration, try a meal tonight at one of the District restaurants participating in Julia Child Restaurant Week.

Or check out this great book on Julia and the history of cooking shows in America, written by friend (and fellow Rome traveler) Kathleen Collins: “Watching What We Eat” 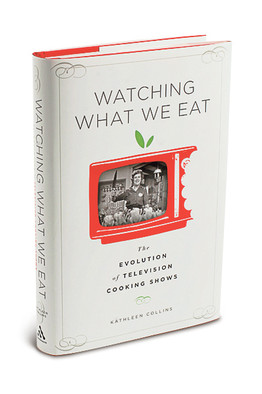 Bon anniversaire, Julia – or as they say in Italy, tanti auguri!